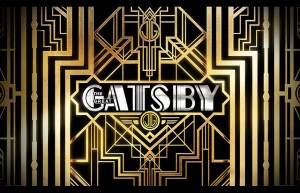 100. Dollar. Bills. Money is the root of all evil and it’s in abundance in The Great Gatsby. 1922 was a boom time for America, money flowed freely encouraged by a wave of rashly built dreams and deeply sewn corruption. For Jay Gatsby, this provided an opportunity: give in to the corruption of wealth and power in exchange for a chance at getting the girl. However, this came with a price. Giving into the corruption threatened the very principles of his core and in the end, the corruption twisted this to its advantage, ultimately leading to Gatsby’s demise.

While tragic, this story is far from new.

Merely 10 years before, Booker DeWitt was also faced with challenging the demons in order to save a girl. Wrought by the twisted souls of greedy men, the floating city of Colombia had imprisoned DeWitt’s girl, Elizabeth. Yet his attempt at saving her revealed the same horrible truth that faced Gatsby: the realization that he had been corrupted and would thus be destroyed by the world he helped create. For both men, the world in which they lived was too violent for them to be natives, and yet they struggled against it, pining to conform until the ferocity overtook them.

In the end, who the men wanted to be was destroyed by the same thing:

The reality of who the men had become.

How often is this true for us? How often do we let the pursuit of the “good life” steal away and corrupt who we really are? We dream of a utopia, one filled with wealth, hope and promise; yet the roads we pave to create this life are stained by the blood of our sacrificed ethics and convictions. We lose ourselves in order to become the cardboard dream we’ve held up and in doing so we forsake our humanity and purpose. In the words of Paul the Apostle, “The trouble is with me, for I am all too human, a slave to sin. I don’t really understand myself, for I want to do what is right, but I don’t do it. Instead, I do what I hate.”

Paul is right, this is what it means to be human. We are slaves to the dreams of something more than we have. Rather than count and protect our blessings we gamble them, fritter them, or sell them to the highest bidder. We whore out our lives in an attempt to be more than we can handle and the result is that we become the very beast we’ve long challenged.

This would typically be the moment to turn and reflect on a hopeful note.

However, this time we must refrain. The reality of this tired story is that far too many people trivialize the danger of this corruption and whereby they climb ignorantly into its open maw. Of course Christ provides us a future and a hope. Of course Christ has defeated sin and triumphed on our behalf. Of course we are reborn a new creation in Him. But every once and a while it pays to let the danger of corruption resonate. To acknowledge its destructive nature and to recognize our weakness to its lure. Occasionally, it is helpful to pause in the stories of the Gatsby’s and the DeWitt’s because they may give us clarity. They not only highlight our need for a savior, but they also remind us of the slippery slope of corruption. A descent that we are all tempted by but only few will truly overcome without being destroyed.

One thought on “Only The Good Die Young”

I'm Jeremy Ryan, welcome to my site focused on showing how video games may be used to help better the world. Together we can crush the mega bosses of poverty and brokenness!

Hit me up with any Q's at:
8bitkingdomgames@gmail.com